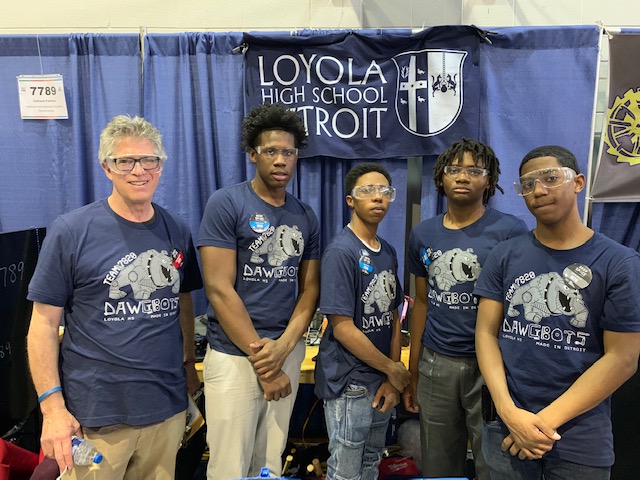 A Season of Growing and Learning for Robotics

For being new co-curricular on the block, the first season of Loyola robotics was a whirlwind. From receiving funding, to searching for a coach, to recruiting students, and all steps in between, was a challenge, but worth it to Loyola Principal Wyatt Jones III ’98.

“There’s a lot of lessons to be learned from this past season in terms of timing and what we need to do next year, but this was such a phenomenal experience for our students and to be able to offer robotics at a school of 140 boys is no small feat,” says Jones. “It’s a testament to our donors who want to give our students another avenue and opportunity, while exposing them to potential career paths in computers and engineering.”

As far as what lessons, Jones says a lot of it goes back to timing. “We now have a better sense of what we need to do and when, such as getting more mentors, giving students an earlier exposure to robotics, promoting the program internally, and understanding the time commitment involved with starting and sustaining a team.”

That being said, the first season of Loyola robotics was a success as team members took on different roles and responsibilities, such as building, engineering, and programming. They also tasted some instance success at their first competition at Cass Tech in mid-March, winning three awards.

The team was comprised of students: Jarreth Jackson ’22, Carlos Vaughn ’22, Meech Graves ’20, Donnie Gibbs ’21, and coached by Roy Asher and Kurt Murray. After going through their rookie year, this young team looks forward to next year and beyond!